The recent release of Warner Brother’s ‘The Witches’, based on world renown British Children’s novelist Roald Dahl’s original book, inaccurately depicts The Witches characters. Of upmost concern is ‘The Grand High Witch’ played by Anne Hathaway, who has been given limb different hands, that are hidden away by gloves- encouraging the perception that physical differences are something to be feared and ashamed of.

Members of the upper limb difference community are appalled and devastated taking to social media to voice their disappointment, upset and horror about the film release.

Many limb difference children and young people have a significant challenging time accepting being different, overcoming mental health and physical challenges that many others take for granted and being subjected to bullying. The detail in this film has the potential to be extremely damaging.

Roald Dahl is a much loved British author around the world and we speak on behalf of our members that we think he would be equally as horrified on how one of his beautiful novels has been misconstrued at the cost of some very special and unique children.

We see limb differences on mainstream television shows such as Strictly Come Dancing, The Great British Bake Off and huge fashion brands such as Tommy Hilfiger have created an adaptive range specifically for people who are differently abled, so it seems that this movie is shockingly out of touch with what’s going on in the world.

Reach parent Catherine Allen told us “On a personal level as a parent to a limb different child, I am incensed and appalled that individuals with such a huge responsibility could create a movie that sends its young audience such an antiquated and harmful message. I hope that they learn from this, and that parents around the world will continue to teach their children that differences are not to be feared”.

If you have been affected by this movie please send your views to reach@reach.org.uk 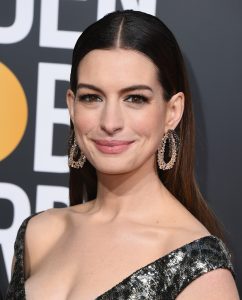