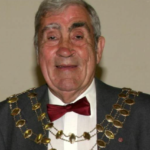 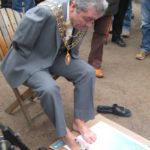 Father of 5 and Grandfather of 5, Frank lives a remarkably independent life. He can ride a modified bike, drive an automatic car, and also enjoys sailing. Frank is extremely skilful using his feet completing daily tasks with ease, writing, working on a computer, gardening, playing darts to name but a few. Always on the lookout for challenges, Frank became a fluent Welsh speaker in just two years. In 2015 he received an MBE for services to people with disabilities and to the wider community in Crediton.

For the 12th year Cllr Frank Letch was elected chairman of Crediton Town Council and Mayor of Crediton May 2020. “I want to make sure that my town of Crediton gets a fair deal in this time of austerity. I want to be part of an organisation that takes care of the whole community particularly those with physical or mental challenges.

“The reason I work with REACH is because I realise I am in a unique position as I’ve made it in the world being a teacher, father and driver, having had no arms.”
“As far as the kids are concerned, and their parents, Frank has got the T-shirt, if he can do it with no arms you can do it.” 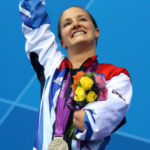 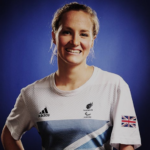 A seasoned Paralympian, Rio 2016 was Claire’s fourth Paralympics and most successful to date. She entered the world stage at only 16 years old, qualifying for Athens and coming home with 2 bronze medals, a bronze at the games in Beijing in 2008, and a further 2 silvers and a bronze in London 2012.

In 2012 Claire was chosen to be one of the faces of Channel 4’s hugely successful Meet the Superhumans campaign – she was featured on billboards nationwide and in a number of adverts on Channel 4 speaking candidly about her disability.

Claire’s performance in the pool at Rio 2016 was impressive. With experience under her belt, she won silver in the SB8 100m breaststroke and her first gold in the 4 x 100m medley relay. Claire is a great ambassador for disability sport and is regularly involved with Reach, most recently answering live Q&A’s to our Reach Activity Weekend mentors and children following this year’s virtual event. 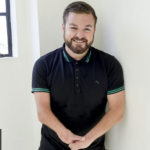 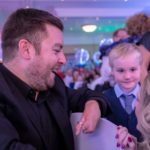 TV presenter and sports journalist Alex has previously been an inspirational speaker at the Reach Family Weekend. Alex’s career spans from reporting and interviewing at the 2012 Summer Paralympics alongside co-hosting The Last Leg, which is now in it’s 18th series. Most recently confronting his disability without the jokes Alex’s documentary My Disability and Me shares his journey. More honest and raw than his previous documentaries Alex delves into aspects of his disability that he had never questioned before.

“With me personally, I’m not seen as being disabled. I know that sounds like a weird thing, but I’m not really, that’s not a compliment, because I’m proud to be disabled, but what I do take from it is sometimes that means people are de-sensitised to it.”

“For the audience to see someone like me, and not be staring at my hands and actually be listening to what I’m saying, is a really big step forward. And actually people aren’t seeing it as defining me, it’s just one aspect.”