In 1978 a Tomorrows World programme which featured a new myo-electric hand being fitted to children in Sweden inspired the simultaneous formation of two groups in the UK focused on upper limb difference.  Those groups joined together to become Reach.

Mrs Maureen Brennan was instrumental in calling the very first meeting of Reach at the Finsbury Leisure Centre, London on 28th October 1979. Take a look at the very First withinReach in full, it explains where the name Reach came from and meetings members of the committee had with the DHSS, Mr Alf Morris (Minister for the disabled), and a report on the Myoelectric Arm Trials.

Elizabeth ‘Betty’ Southwick, continued the hard work to grow the charity after the birth of her Reach daughter Elizabeth (Lizzie). She promoted it on the Radio, inviting parents along to meetings and even re-mortgaged her house to help fund Reach.  Jeremy Beadle named her ‘The Mother of Reach’.  Many families have benefited from Betty’s hard work and passion to give everyone the opportunity to connect through Reach.

Betty would fight for what was right! Older members will recall her being ejected from the House of Commons and making front page news fighting for the myo-electric arm to be available on the NHS. Lizzie was one of the first to receive one. Betty and her husband Alan ran two successful companies Speedy Clean and Standguard Security Services in Romford, together involving their Reach daughter Elizabeth (Lizzie) in later years, then running BE-Delights with her. 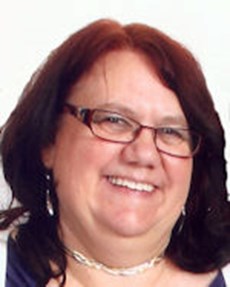 Sue Stokes took over in 1994. She was a Reach parent, Branch Coordinator for Northamptonshire (Wellingborough) and then National Coordinator and was affectionately known as ‘Boss lady’ by Reach children. Sue worked tirelessly and was always there for families to talk too.  In 1996 Jeremy Beadle joined Reach, he suggested doing quiz nights, Sue was giving the task of organising all of these across the country including venues, tickets, raffle prizes and fund raising.

The first office Reach Head Office was based at Sue’s branch in Wellingborough. 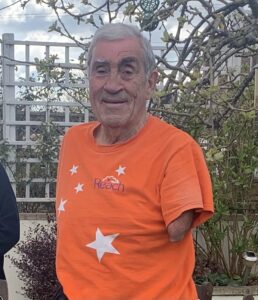 In 1998 Reach Ambassador Frank Letch organised the first Reach Activity Week (RAW), for children aged between 10 and 18 with Sue. Until then members had taken part in sporting and outdoor events organised by other disability charities.  RAW was a great success and is now one of the highlights of the Reach calendar.

Sue past-away suddenly on 4th September 2012,  after a short illness. Sue was the mainstay of Reach for 20 years.

Jo Dixon took over as National Coordinator in 2013 and continued the amazing work. Bringing many new technologies to Reach to help with access to information. Jo also expanded Branch family weekends by managing to obtain a grant from Global Make Some Noise.

As Reach developed its expertise in supporting families it began keeping abreast of medical, surgical and technological advances and providing information on everything from disability benefits to helpful reading matter.

A big step forward was the creation of the Reach closed Facebook group, which continues to be a wonderful safe space for Reach members to support each other, ask questions and celebrate our Reach children. This idea developed throughout the 19 branches of Reach, We also have closed Facebook Groups for West Midlands, Northern Ireland, Northern England, Northwest England, Bristol/Gloucester, 3 Counties, Kent & East Sussex, Ireland, Yorkshire, Berkshire/Wiltshire & Oxfordshire and Scotland.  To ensure that the profile of Reach is raised the current staff of Reach work hard to maintain a daily presence on all social media platforms: Twitter, Instagram and LinkedIn.  Reach also has a YouTube channel. 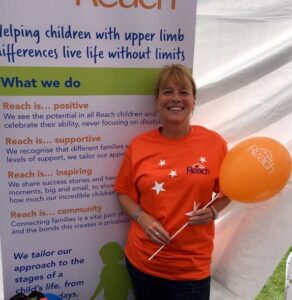 Currently the head office is based in a business enterprise hub in Tavistock.  National Coordinator is Debs Bond and  Marketing and Membership Coordinator is Kate Hoare.  Reach has 9 Trustees who are based around the country and consist of Reach parents, a Reach Adult, a hand surgeon, OT’s, business specialists and a music teacher all bringing a wealth of experience and knowledge to ensuring the charity is run smoothly and abides by charity and company law.