Our incredibly talented Future Stars Panel consists of young, and up and coming future Reach stars who are busy making a name for themselves in their chosen sports. Prepare to be inspired! 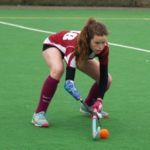 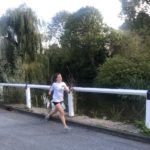 At just 14 years old Rebecca has a very impressive sporting CV! Starting at the tender age of 4 playing football, of which she has continued, playing centre back in Hitchin Town Youth Football Club – U15s, a mixed team (but is the only girl!) Cricket from aged 6, ongoing and in the school A Team, Netball, also in the school A Team, Tennis, Hockey which Becca is captain in the school A Team plus playing for Bedfordshire County Hockey Squad. Alongside all of those sports Becca’s dream is to become a Paralympian, she began her athletic journey aged 9, involvement and achievements include: 2x national champion in 100m,200m and long jump in T47/F46 classification, Stevenage and North Herts Athletics Club, Hertfordshire Disability Athletics Team, East Region Disability Athletics Team not forgetting Becca’s participation in the Paralympic Development Academy. Becca has her sights firmly set on Paris 2024! 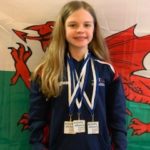 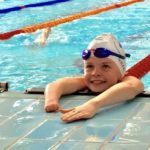 A member of Torfaen Dolphins performance Swimming Club in South Wales, Meghan now aged 12, joined aged 8 after completing the Learn to Swim Pathway and becoming a member of the Para Performance Pathway in Wales. Meghan’s talent didn’t go unnoticed and at 10 years old Meghan was selected for the British Para academy Squad, the youngest swimmer ever to be selected, and not only that, she is now in her third year of being selected for the squad. Meghan’s future ambitions include, continuing to be on the British Para swimming squad, and to go on to represent Wales in the Commonwealth Games and GB in the Paralympic Games. Watch this space! 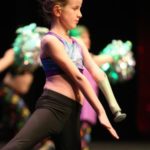 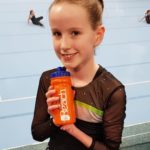 Rhian, aged 10, is the youngest Reach member on the panel but her achievements and determination to challenge herself are big! Rhian is a member of  the LS Gymnastics Club in Crewe, only starting there at age 8. Rhian and her integrated gym team qualified for the British Championships this year, sadly the competition was cancelled due to COVID19, but Rhian and her team mates aim to be back and win that gold trophy to sit with the others! Taking a break from the competitions Rhian is also an important member and enjoys performing with the National Disability Display Team, scroll down to watch Rhian in the air! 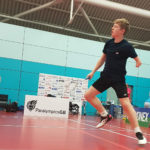 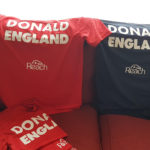 Robert is a student at Nottingham University and trains / plays with Sean O’Sullivan who also has an upper limb deficiency, pure coincidence that they met at uni! Robert joined his first club aged 13/14, and played under the coach Philip Grey. Philip also coached para badminton, wheelchair player Gobi Ranganathan, both of which are huge inspirations for Robert. Covid stopped Robert competing in Spain earlier in the year, hopefully next year the return of internationals will see further achievements for Robert and his teammate.

And here is Rhian in action, just brilliant!