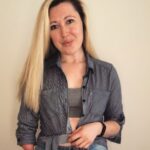 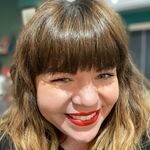 We are really excited to announce two wonderful trailblazers & limb difference advocates to our amazing Reach Ambassador line up!

Actor Melissa Johns and TV presenter Briony Williams are no strangers to Reach and have been involved over the years with our Annual Family Weekends and fundraising campaigns.

Melissa, who took part most recently in our Reach: Insights webinar series, click here to catch up on Melissa’s episode, has been a leading light for better representation of disability in the arts on and off screen and stage.

In an interview at the start of her career, Melissa  said she wanted to make “actors with a disability on television a perfectly normal thing” Melissa’s successful television and theatre work has already gone some way towards making that a reality!

Most recently known for her role as Hannah Taylor alongside Alison Steadman and Peter Davidson in Mike Bartlett’s compelling 2020 BBC One drama Life, as well as playing Imogen Pascoe in Coronation Street. Melissa has recently wrapped on the latest series of Grantchester for ITV as new series regular, Miss Scott. 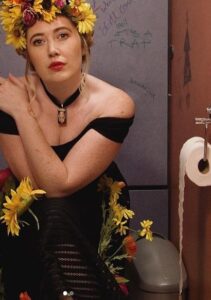 with What Would You Do Frida, a short for the BBC which she co-wrote and performed in, as well as on her one-woman show Snatched with The Lowry Theatre and Arts Council England.

Melissa featured in the Shaw Trust’s Power List, 100 Most Influential Disabled People in the UK, she was shortlisted for the Positive Role Model award at the National Diversity Awards and has been named JCI’s Ten Outstanding Young Pearson’s of the World.

Melissa is the co-founder of TripleC and DANC (Disabled Actors Networking Community) with Coronation Street actor Cherylee Houston. TripleC uses theatre – and drama-based workshops to create diverse opportunities for young performers. Committed to creating impact, the message Melissa conveys throughout her workshops is for young people to never hide what makes them different, because it is their differences that make them unique. 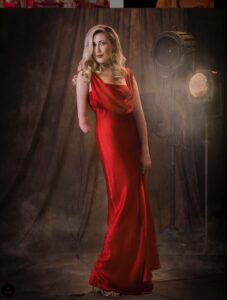 She is also an ambassador for Models of Diversity and Invisiyouth charity.

Mellissa has been a regular supporter of Reach attending Annual Family Weekends and in one instance stepped into the role of compere on the Saturday evenings entertainment!

Reach is really excited to work alongside Melissa.

Briony Williams first came to the public’s attention as she launched onto our screens during nine stressful weeks in the tent on the 2018 series of The Great British Bake Off. Briony’s humour and warmth, coupled with her resilience and ingenuity saw her become a firm favourite w 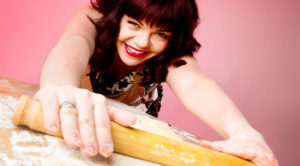 ith the audience, she managed to reach the semi-finals. Briony made a concious decision asking the producers not to talk about her limb difference, not wanting a ‘to be slapped with a big label from the beginning. I just wanted to go through on my own merit.’

Since then, Briony has joined the presenting team of Food Unwrapped (Channel 4).

‘That’s partly what I love about presenting Food Unwrapped on Channel 4 – it’s got nothing to do with my disability. Other people will see me on the telly without a big deal being made of my disability. I’m just representing diversity.’

Her other credits include The Great Christmas Bake Off (Channel 4), which she won, Celebrity Mastermind (BBC One), Loose Women (ITV), The Great British Bake Off: An Extra Slice (Channel 4), The Steph Show (Channel 4), How To Spend It Well At Christmas (ITV), Beautiful Bakes With Juliet Sear (ITV) and The Jeremy Vine Show (BBC Radio 2).

‘There should be more people representing disability on TV without us always having to talk about it. From disabled actors to presenters, we shouldn’t have to focus on it or a disability topic. It should just be natural that we’re there.’

Briony has had a regular recipe column in Asda’s Good Living and Bristol Life magazines and has been featured in Hello! magazine. She has also worked with brands such as Amazon Prime Video, The Very Hungry Caterpillar, Dr Oetker, Organix, Gousto, Vorwerk, Tefal and Hollands Pies, and has appeared at The Cake and Bake Show, Thame Food Festival, Bishop Auckland Food Festival a 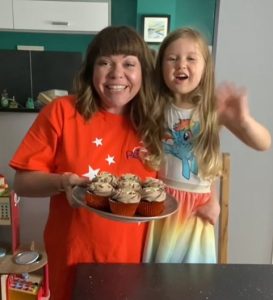 nd Chris Evans’ Carfest amongst others.

At our last Virtual Family Day 2020, Briony and her daughter Nora set up a wonderful Bake Off Challenge of pizza and chocolate orange cupcakes! Click the picture to watch and cook along!

During December and January Briony donated all proceeds made to Reach through Cameo, which is a lovely personalised video message service, Briony donated over £800!

It is a real delight to have Briony as an Ambassador for Reach and we are ‘blooming chuffed to bits’ as Briony would say!