Watch the ‘blooming’ lovely Briony Williams being interviewed by Alastair!

Briony and her daughter, 4 year old Nora, share their yummy recipes of pizza and chocolate orange cupcakes! Watch their demonstration and have a go at recreating your very own version.
As part of our Virtual Annual Family Weekend members uploaded photos of their culinary delights!

After years of baking at home and cultivating her creativity and skill, Briony Williams first came to the public’s attention as she launched onto our screens during nine stressful weeks in the tent on the 2018 series of The Great British Bake Off.

Progressing through the competition to the semi-finals, Briony’s humour and warmth, coupled with her resilience and ingenuity saw her become 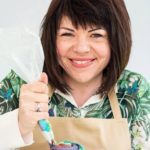 a firm favourite with the audience.

Since then, Briony has joined the presenting team of Channel 4’s Food Unwrapped . Her other credits include Loose Women, The Great British Bake Off: An Extra Slice , and The Great Christmas Bake Off  on Channel 4 which she went on to win!

Other programmes Briony has been involved with include, The Steph Show, Blue Peter, Something Special and Beautiful Bakes With Juliet Sear to name but a few!

Briony has had a regular recipe column in Asda’s Good Living and Bristol Life magazines and has been featured in Hello! magazine. She has also worked with brands such as Amazon Prime Video, The Very Hungry Caterpillar, Dr Oetker, Organix, Gousto, Vorwerk, Tefal and Hollands Pies, and has appeared at The Cake and Bake Show, Thame Food Festival, Bishop Auckland Food Festival and Chris Evans’ Carfest amongst others.

Hailing from Bristol, when not creating new baking combinations in the kitchen, Briony can be found outdoors or in the gym as she loves running and after completing several 10k runs, she started to run half marathons.

Having studied Spanish and French at Durham University, achieving a 2:1 with a distinction in Spoken Spanish, Briony went on to travel the world before qualifying as a secondary school teacher of Spanish and French, earning her Post Graduate Certificate in Education at the University of Bristol. After teaching for six years, she is currently a stay-at-home-mum to her lovely daughter, Nora. 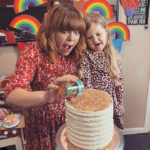 A Reach member as a child, Briony recalls having an adapted recorder, hired through Reach (please email reach@reach.org.uk if you are interested in hiring a recorder)and having the opportunity to meet other children and families. 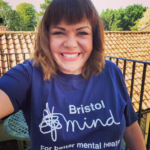 She also supported Sport Relief in 2020 by completing a 5km running challenge for them.