Watch Alex’s very open and honest talk about his life, his feelings and how he manages most things with humour, a truly fantastic interview , get your tissues ready.

Alex began his career his sports journalism and came to prominence during the 2012 Summer Paralympic Games as a reporter and interviewer. Since then, he’s been a regular on our TV screens in shows like The Superhumans and The Last Leg, and has made appearances on shows such as 8 Out of 10 Cats, Would I Lie To You? and Celebrity Juice. Alex was born with hand and arm differences and a twisted right leg which had to be amputated when he was just 13-months old. 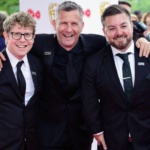 Joining Channel 4 in March 2012 Alex reported at the Paralympics Opening Ceremony interviewing the Prime Minister in front of a TV audience of 11 million people. After this, Alex featured on the award-winning The Last Leg co-hosting alongside Adam Hills and Josh Widdicombe originally running alongside the 2012 Summer Paralympics every night following the main coverage on Channel 4. Following it’s award-winning success and huge viewing numbers it has since become a weekly show giving a humorous alternative look back at the week’s events, now in it’s 18th series.

In 2013 Alex fronted his own documentary for Channel 4, Alex Brooker: My Perfect Body in which he explored male body image, while trying to lose two stone and gain a six pack in two months. In 2014 Alex joined Davina McCall co-hosting The Jump which saw twelve famous faces take on some of the most challenging and dangerous winter sports as they bid to become crowned champion of The Jump.

In 2019 Alex signed up to do the Stand Up 2 Cancer Sink or Swim as a challenge for both himself and to others who did not believe he could do it. “I want to prove myself and other people wrong.” Alex spoke about the difficulty swimming and treading water “when you have no feet.”

Alex is one of the few disabled faces regularly seen on British TV, this year he decided to confront his disability without the jokes, leading to a documentary My Disability and me.

“Most days I don’t think about my disability at all, but doing that swim brought it clearly into focus,” he says. “It made me realise it was time now, as a father of two, to take more responsibility over my disability and to find out more about it.” Despite a childhood spent having multiple operations and check-ups at Great Ormond Street Hospital, Alex had not been to see a doctor for 17 years before the documentary was filmed. 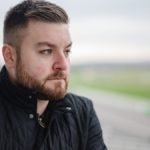 Making light of difficult situations is a hallmark of Alex’s comedy and something he believes empowers him. “Self-deprecating humour is a common form of comedy and it helps get the audience on side because you’re being vulnerable,” he says. “Being able to joke about my disability also gives me some control over it. My disability makes me emotional, but it also makes me laugh; the two are not mutually exclusive and I’m comfortable doing both. Joking about it can be a celebration of it, too.”

Alex is a fascinating and inspirational speaker, get your tissues ready!

Alex will also be taking part on our Reach Ambassador Panel.